You are here: Home1 / Research 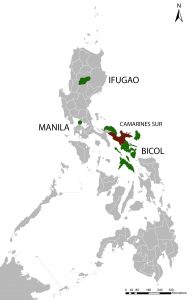 Project Sites in the Philippines

The archaeology of Iberian colonialism in Asia is still largely unexplored and poorly represented in the studies of colonialism in the Pacific Rim. Even with the more than 300 years of Spanish domination in the Philippines and the important role of Southeast Asia in the globalization process during the European conquest, almost nothing has been done to understand the various ways in which indigenous populations responded to contact with European powers. We know very little about Iberian colonialism given its broad geographic reach. The Philippines would be a great case study as it promises to expand our knowledge on this topic due to the long history of Spanish administration in the country. More broadly, the research program aims to investigate the diverse responses of Filipinos to colonialism.

This project aims to contribute to a nuanced understanding of the responses of indigenous groups in the Philippines to colonialism by comparing two distinct groups who resisted and accommodated the Spanish aims in Asia. The project continues an established research program in the highlands of Ifugao, a locale known to have successfully resisted the Spanish conquest through economic and political consolidation soon after moving into the interior of the Cordilleras . We compare the highland patterns with those of lowland Bicol populations, who were placed under the Spanish crown within two years of Spanish contact. Ifugao and Bicol are culturally and geographically distinct groups; the former distinction is a result of colonialism and history. This investigation also links the Spanish Philippines to the Iberian Americas. 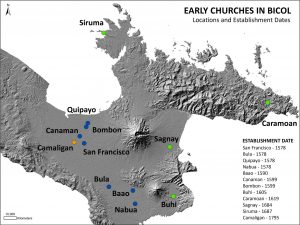 The research focuses on local agency, which aims to document settlement change and human-environment interaction during the first 150 years of Spanish administration in the Philippines (1600-1750). The Archdiocese of Caceres has given us permission to survey and excavate churches constructed between 1578 and 1750.

More importantly, the proposed project promises to help rethink dominant historical narratives in the Philippines. The absence of an extensive and question-oriented research program has stagnated basic education history curricula in the country. In fact, elementary and high school history curricula in the Philippines were developed more than 100 years ago and have never been revised.